How a new product comes to be….Seville & Seaberry Marmalade.

A few months back, whilst watching Countryfile on a Sunday evening, I watched a segment on Seth Pascoe, who was growing sea buckthorn in Cornwall. It got me thinking about how they would taste in a marmalade so I contacted Seth and he kindly sent me some to experiment with. We made a test batch and the flavour combination was simply stunning. So much so that I didn’t hesitate in sending a jar off to the The World’s Original Marmalade Awards . The judges were equally impressed – we achieved a Gold! On top of that Fortnum & Mason asked if they could stock our new Seville & Cornish Seaberry Marmalade in their prestigious Piccadilly store. 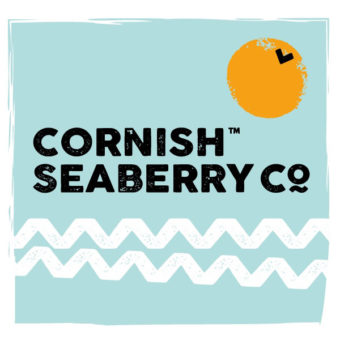 Here is a some information on Seth and his business, The Cornish Seaberry Co

I stumbled across sea buckthorn in the Himalayas whilst trekking to mount Everest base camp. I was suffering from altitude sickness and feeling dreadful. The sherpas gave me a juice that they said would make me feel much better. Placebo or not after taking the juice I felt fully rejuvenated. I asked the Sherpas what the magical juice was called and they said sea buckthorn- Nepali superfruit! Once I returned to Cornwall I set about finding out more about sea buckthorn- and even stumbled across some growing wild on the coast. Now convinced it would grow in Cornwall, I took the plunge and planted my first one hundred trees.

I then applied for and was awarded a Nuffield Farming Scholarship- which enabled me to conduct a worldwide study tour researching more about sea buckthorn. Having learnt more about the plant and its amazing healthy characteristics I came home convinced that seaberries had a big future. I took on a tenancy from the Duchy of Cornwall and expanded my trees from 100 to 2500.

Seaberries are really high in vitamin C, but also contain vitamins A, B,E and K along with a range of minerals. K They are the highest plant-available form of omega 7, yet also contain omegas 3,6 and 9. This vast range of healthy attributes are all synergistically combined in one small bright orange seaberry- and thats why I think they are so wonderful.

Seaberries can be enjoyed in juices, sorbets and of course award winning marmalades!